Spending the day with the brand founder: About running, Ben, the full marathon runner, would like to say……

My mission today is to reveal some of our Boss Ben's untold secrets of success. Those who have just met him will have been impressed by his slim sculpted body. However, just a few years ago Ben was somewhat overweight at nearly 100kg with a high BMI. Now he is fit and athletic, at least 20kg lighter, and is a full marathon runner. There was so much interest in this story that this short article about the importance of “self-discipline and a healthy lifestyle”was prepared. Entrepreneurs and runners can share how Ben now spends his day. We will also reveal some of the book lists that our boss has read recently.

Are you ready? Let's go!

Before 05:00, while the sky is still dark, Ben checks his running goal for the month and heads out in the direction of the riverside park. He has accumulated three years of running experience and it has become his ritual for starting a day. He runs 10km every morning before taking the kids to school and then begins work at 09:00. The high-stress entrepreneur lifestyle over the last decade has turned him into a master of time management. He can only control the tempo of life and stay in tip-top condition by managing time efficiently. This gives him the mental and physical strength to lead the team forward.

About five years into his entrepreneurship, Ben realized that his body was no longer coping with the pressure. He started hiking and exercising with his father in an effort to stay healthy and fit. In 2017 a friend persuaded him to take part in the Taipei Half Marathon and he fell in love with running. Ben has recently accumulated a distance of over 250km in a month, a peak that demonstrates astonishing determination! His best record for a full and half marathon is 3 minutes52 seconds and 1 minute 49 seconds. Running has taken him to the New York City Marathon in the US and the Gold Coast Marathon in Australia. Ben commented that when he first started running, he would not care very much about placing. It did not matter even if he came in last. Eventually, he realized that he was racing against himself, and the real goal was to break his own personal best! 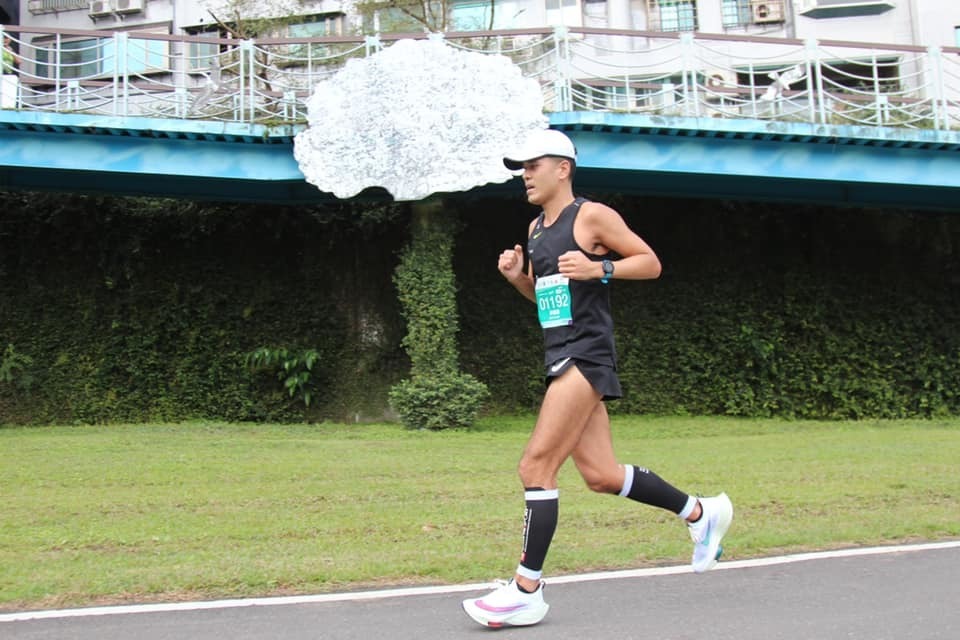 Running involves science and data, and just like entrepreneurship, one must understand one's potential!

As an entrepreneur and runner with an engineering background, Ben's running mentality has gradually shifted from being eager to challenge the clock to finding his optimal physical and mental state through regular training and competition. "Running is just like starting a business, one must be aware of one's limits and capabilities!" Ben believes listening to one's inner voice is crucial while running. In addition to an engagement in willpower dialog, body feedback during the process is also very important.

Ben was fit and in good shape for the 2019 full New York marathon, but he developed muscle cramps at the 28K mark. His problem was compounded by the temperature, it pushed his willpower to the limit! His first full marathon awed and inspired him, and he realized that improvement required scientific self-adjustment. The same principle applies to one's career, and when he suffered muscle cramps once again at the Taipei Marathon in late 2020, he discovered that they were caused by a lack of hydration. Ben: "That's why I think the mentality and challenges associated both with running and entrepreneurship are very much alike. Understand yourself and determine the problems, and you will be able to overcome anything that comes your way!” According to Suguru Osako, a great Japanese runner and athlete I admire, “running a marathon is an excruciating exercise, but in the end, you will meet a better self. I hope his words will also inspire everyone." 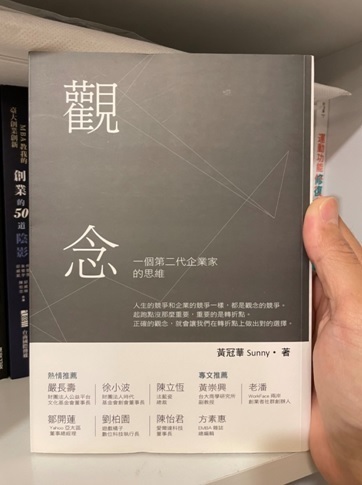 One needs rituals in life to manage time to take care of one's career and family.

As an entrepreneur under constant stress, he goes to bed at 23:00 every night and runs five days a week in addition to morning group running sessions on Sundays. In addition to physical training, self-fulfillment is also important, so he uses his spare time to absorb knowledge and information.
Ben: "My favorite book is ‘From the Ground Up’ by Starbucks founder Howard Schultz. In the book, I see how a brand can influence the world, the way employees are treated, it's perspective on social responsibilities, as well as the attitude the author adopted when faced with setbacks after making incorrect decisions as well as the resolution of crises. The book struck a chord with me, and even though I have read it many times, I am inspired and enlightened every time."

The book ‘Concept’contains observations that have provided Ben with diverse thinking on so many levels, and Ben has realized "getting to the bottom of everything is not the solution to all problems". The book is very useful for entrepreneurs or professional managers. Ben also considers the Business Weekly as a must-read, as it will help you quickly grasp the dynamics of industrial trends. Ben: "As a manager, it is imperative to continue learning to keep up with the times and communicate with your employees, so I also dabble in IG, podcast, and Clubhouse". In the future, our busy CEO will continue to live every day to the fullest. As far as he is concerned, the seamless transition between his role in business, as a son, father, and husband is the most exciting challenge in life!